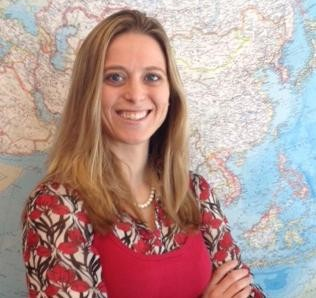 Katherine Koleski is Director of Global Partnerships at the Defense Innovation Unit (DIU). Katherine leads DIU’s International Engagement activities, guiding collaboration with allies and partners around dual-use technologies.  In this capacity,  she assesses the impact of China’s high-tech industrial policies on domestic and global innovation and industrial development. She also leads DIU’s analysis and assessment of  the impact of existing and proposed U.S. policy, regulations, and statutes on DIU and the dual-use innovation ecosystem.

Katherine previously served as the Research Director for the Research Working Group and a Policy Analyst for the Economic & Trade team at the congressionally-created U.S.-China Economic & Security Review Commission (USCC). In these roles, she managed the Research Working Group’s contracted and staff research and regularly provided analysis to Congressional members and staff related to China-Latin American relations, China’s industrial policies, and China’s pursuit of cutting-edge technologies such as artificial intelligence, biotechnology, quantum information science, and 5G. Prior to rejoining the USCC, she interned at the U.S. Embassy in Beijing and served as a Research Assistant at the Global Development and Environment Institute (GDAE), where she co-authored several publications on Chinese loans to Latin America.

Katherine earned a Bachelor of Arts from Colby College and her Master of Arts in Law and Diplomacy from The Fletcher School at Tufts University. She has advanced proficiency in both Mandarin Chinese and Spanish. Katherine has published several articles on China that include: The 13th Five-Year Plan, China’s Engagement with Latin America and the Caribbean, The New Banks in Town: Chinese Finance in Latin America, USCC Backgrounder: China’s 12th Five-Year Plan, among others.