In April 2015, Secretary of Defense Ash Carter delivered a lecture at Stanford University announcing the establishment of the Defense Innovation Unit Experimental (DIUx) in Silicon Valley:

“...first-of-its-kind unit for us...They’ll strengthen existing relationships and build new ones; help scout for new technologies; and help function as a local interface for the department. Down the road, they could help startups find new work to do with DoD.”

Shortly after that announcement, on August 25, 2015, DIUx opened its doors in Mountain View, CA for the first time and established an office in the Pentagon.

Here are 7 of DIU’s most recent accomplishments: 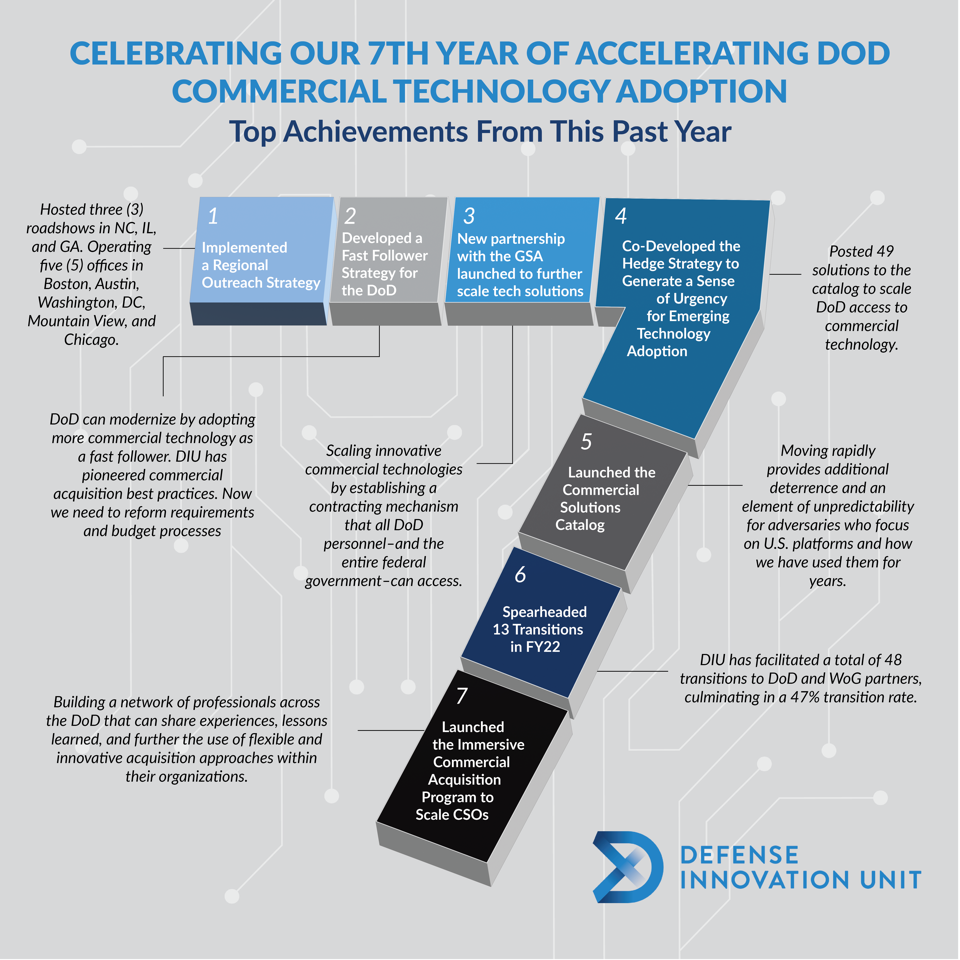