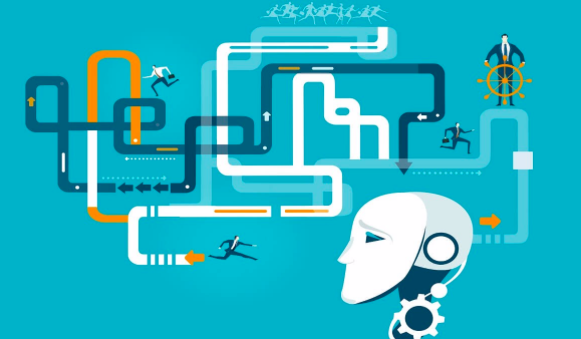 The Department of Defense (DoD) workforce spends millions of labor hours per year manually tracking and resolving discrepancies in enterprise resource management systems. Currently, the DoD leverages robotic process automation (RPA) tools to complete rules-based financial transactions. These automated workflows are strictly conditional, requiring well-defined business logic and processes prior to implementation. For the numerous other processes that are not as well-defined, manual intervention is required in order to detect and resolve errors. The average time to find and fix these Unmatched Transactions (UMTs) is two hours. The automation provided by machine learning (ML) technology will help reduce the amount of redundant and tedious work related to finding and fixing UMTs.

“Using RPA in conjunction with machine learning has allowed DoD to expand automation possibilities from the repetitive rule-based functions RPA is known for, to predictive analytics,” according to Erica Thomas, the Comptroller from OUSD Comptroller’s Enterprise Data & Business Performance directorate. “In our Humanless Unmatched Transaction (HUnT) solution, we use ML to predict the corrective actions necessary to clear UMTs, and RPA to then perform the necessary clearing entries. The solution has been deployed at Washington Headquarter Services (WHS) and is in the process of being deployed at the Defense Finance and Accounting Services (DFAS) to assist with Missile Defense Agency (MDA) and Joint Staff UMTs. All told, the labor costs re-directed are expected to exceed $1.3M annually for these three agencies. The Department of Navy is also expected to have a similar prototype deployed by the first quarter of Fiscal Year 2023.”

The Summit2Sea pilot used six different use cases for each of the six defense agencies, allowing them to create a separate model for each agency to maximize the accuracy for UMT resolution. This intervention averages two minutes per UMT versus the two hours it took to find and fix the UMT manually.

The Vertosoft/DataRobot pilot for the U.S. Army tested their AI solution across four use cases which resulted in 99% accuracy in error detection, including transactions that are received and accepted by an accounting office but are not matched to the correct obligations. On average, the Army FM&C team identifies and resolves over one million UMTs per year.

“The plan is to add more use cases over time which will improve the UMT coverage," said Eric Dorsey, a contractor who is the DIU program manager for the effort. “With the large number of UMT generated in the Army FM&C, we expect them to save millions of dollars of labor every year. Our hope is that other DoD entities such as the Navy, Air Force, Marines and components will be able to leverage this project in the future."

Both the Summit2Sea and Vertosoft/DataRobot pilots ended successfully and have been transitioned into production. DIU is in discussion with other DoD partners for both of these solutions. Details can be found in DIU’s Solutions Catalog (https://www.diu.mil/solutions/portfolio/catalog).

DIU is the organization exclusively focused within the Department of Defense (DoD) on scaling commercial technology across the DoD. This Intelligent Business Automation project was a 12 month effort. The JAIC provided funding for the project and technical expertise.