Who We Are / Our Mission

The Defense Innovation Unit (DIU) strengthens our national security by accelerating the adoption of commercial technology throughout the military and growing the national security innovation base. DIU partners with organizations across the Department of Defense (DoD), from the services and components to combatant commands and defense agencies, to rapidly prototype and field advanced commercial solutions that address national security challenges. With offices in Silicon Valley, Boston, Austin, Chicago and the Pentagon, DIU connects its DoD partners with leading technology companies across the country.

DIU is the only DoD organization focused exclusively on fielding and scaling commercial technology across the U.S. military at commercial speeds. We are focused on six technology areas where the commercial sector is operating at the leading edge: artificial intelligence, autonomy, cyber, energy, human systems, and space.

We aim to move from problem identification to prototype contract award in 60–90 days whereas the traditional DoD contracting process often takes more than 18 months. Prototype projects typically run from 12–24 months and are administered according to Other Transaction (OT) authority. Upon completion, successful prototypes may transition to follow-on production-OT agreements or FAR-based contracts.

Areas We Focus On

These Three Principles Guide Us

We operate at the intersection of technology, business, and national security. Our mission requires that we consistently define and lead collaboration in areas where the interests of American and international entrepreneurs, businesses, and Department of Defense overlap. The DIU team holds itself to high standards to help build a more secure world. 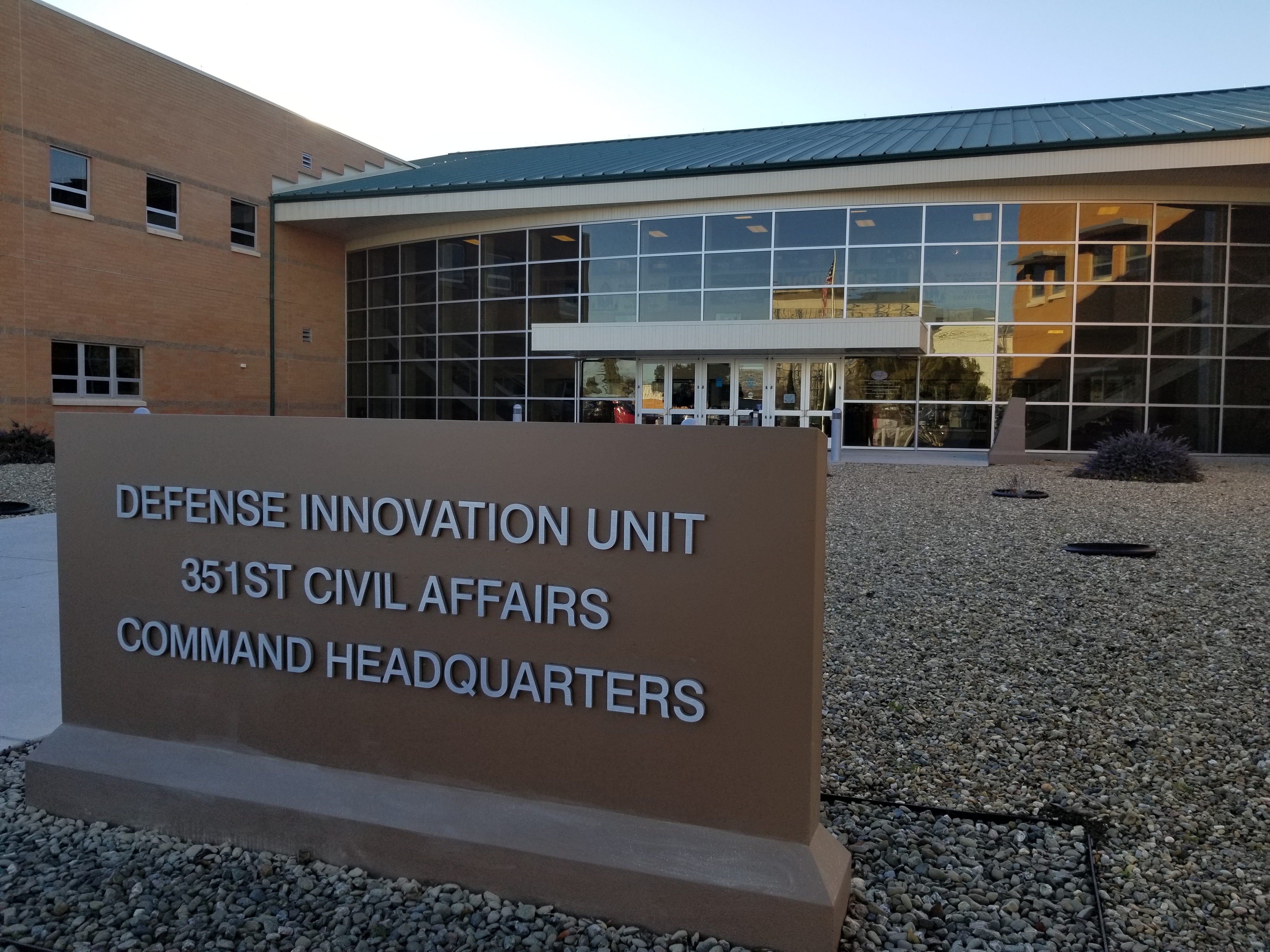 Technological innovation is central to our future economic prosperity and national security. DIU seeks to provide examples of how government, businesses, and academia can work together more effectively to maintain American competitiveness today and lay the foundation for future advances. Explore the short papers featured below or view our Latest page to read more about our work and what we've learned along the way.

DIU brings innovation missions together to strengthen the national security innovation base. In addition to our original mission, Pentagon leadership in 2019 directed DIU to assume oversight of NSIN and NSIC, which operate as two distinct DoD organizations with complementary innovation missions.

DIU has moved to a regional approach based out of these five satellite offices to better connect with the labs, bases, accelerators, and investors where we may not have a presence.

Every year, we produce an annual report to provide public insight into what we have done and where we are going. These reports offer a snapshot of how we are performing against our mission, project highlights and updates, organizational evolution, and leadership’s goals and expectations for the coming calendar year. Browse our reports to learn more about the value we create and how you might work with us in the future.

Do you have a solution to a national security challenge?

We currently have 6 Open Solicitations and are excited to explore your solutions.